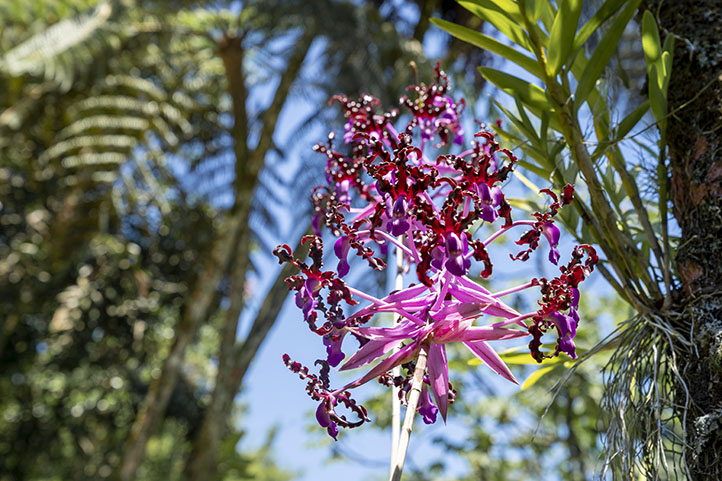 Colombia is a land of incredible biodiversity where world-class research has been carried out to discover its 1400+ species of flowers. New types of orchids are being discovered again and again. This is Colombia, a paradise on earth.

Colombia and its flowers

Colombia is a privileged area thanks to its geographic location. It is fortunate to be a mega-diverse country and has several tropical features. This fact led, among other things, to Colombia becoming one of the most important flower producers in the world.

It is the country with the greatest diversity of orchids and the second-largest abundance of plants in the world. The Colombian flora has over 1400 endemic species that cannot be found anywhere else in the world. In addition, Colombia has 10% of all plant species that exist worldwide. Among the many surprises that Colombia has to offer the world, the diversity of flora is one of the most outstanding. So when it comes to natural wealth, the answer is always: Colombia!

Export of Colombian flowers to the world

Colombia is the second most important country when it comes to exporting flowers. We have a very wide and varied range of floral types. The flower sector is therefore of great social importance, as it creates around 1,400 jobs per season, especially for single mothers.

In addition, ecological sustainability programs are used to ensure the continued existence of the species and good treatment of the soil is ensured. 95% of the flowers grown in Colombia are exported, 75% of the production is shipped by air, and 10% goes by sea to countries like Australia, Japan, and the UK. That makes Colombia an export leader.

The exported flowers are grown in the following regions: 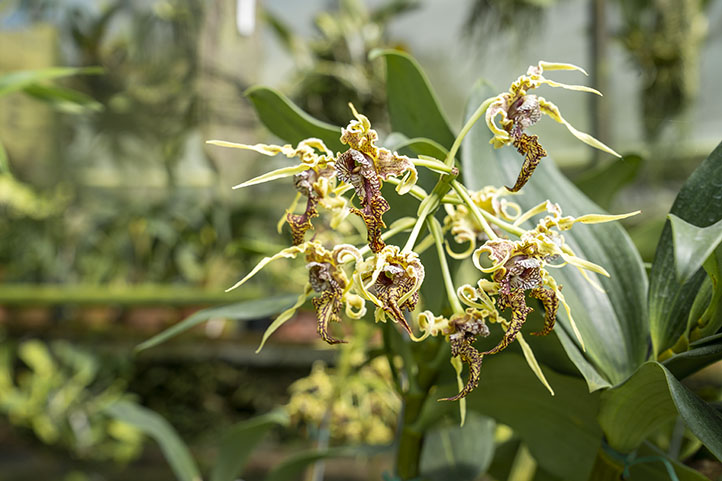 Colombian flowers that can be bought in the world

In the high season and for anniversaries, roses are the favorite flowers in over 95 countries to which Colombia exports flowers. On events like Valentine’s Day, foreigners can purchase a variety of the 1,400 species found here. 23% of the exported flowers are roses, 15% carnations, 10% chrysanthemums, 6% alstroemeria, 5% hydrangeas, and 41% are different types of flowers like orchids, sunflowers, lilies, and others. Up to 250,000 tons of flowers are exported on Valentine’s Day alone.

Here are some of the top 95 countries in the world for flowers:

The following flowers can be found in these 95 countries:

These are the most famous flowers from Colombia to the world.

11 Colombian Flowers You Must See, Buy, and Smell When Visiting Colombia

If you are visiting Colombia, we have some great tips for you. Below is a list of the wonderful flowers of Colombia that you must see or smell. Here are our top 11 most beautiful flowers in Colombia. 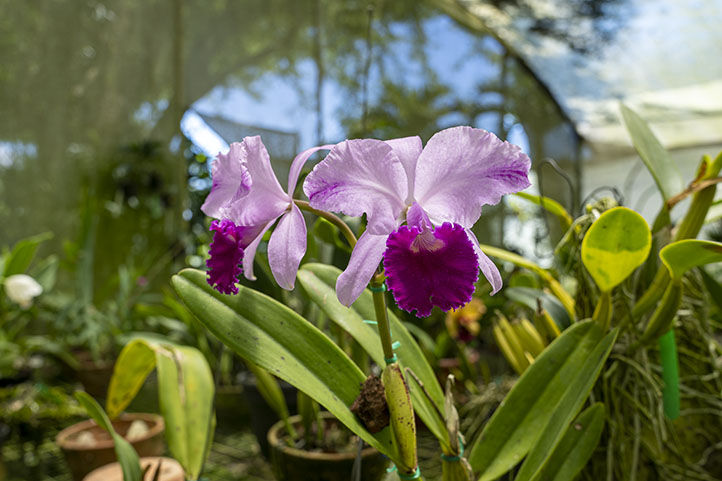 Description of the flower:
It is named in honor of the Colombian doctor and explorer José Jerónimo Triana, who discovered this beautiful species native to the country in 1840. Colombia is known worldwide for having the most beautiful, delicate and exotic orchids.

Its texture and color palette make it an extraordinary flower. It has an epiphytic habit (it grows on trees without feeding on them). Their colors vary between pastel pink, lilac, and yellow in the middle. These different hues in the same flower are what makes it so special and unique. Unfortunately, it is currently threatened with extinction and is one of the most endangered species due to the destruction of its habitat.

Cultural meaning:
This orchid is considered the national symbol of the country as it is a native flower and is commonly known as the “flor de mayo”.

Description of the flower:
Acacallis cyanea thrives in forests with high temperatures and very high humidity. Sometimes you can find them on the edge of rivers, part of the plant is covered by the water and only the flowers stick out. This flower can grow up to 25 cm high, its leaves reach up to 20 cm and are light green. Her flowers are a combination of an intense purple mixed with white and a hint of yellow in the middle, which makes them so unique.

Cultural meaning:
In the Amazon, it is considered a sacred flower because it purifies the air, produces oxygen, and increases the humidity in the area. Hence, it is used by the indigenous people to cure diseases, allergies and everything related to the respiratory system.

Description of the flower:
Heliconias are herbaceous, perennial plants, the height of which varies from 90cm to 120cm. They are known abroad as tropical exotics because of their variety of colors, shapes, sizes, and long shelf life. Their colors vary between, red, green, orange and yellow.

Cultural meaning:
This flower is described as the flower of tropical charm and fertility.

Description of the flower:
It is a rhizomatous, herbaceous plant from the Heliconia family that was introduced to Colombia in warm climates. This flower is very noticeable because of its bright colors like blue and orange. It is one of the exotic flowers frequently visited by bees, butterflies and hummingbirds. Their size varies between 30 cm and a meter in length.

Cultural meaning:
It is used as an exotic flower for gardens or flower arrangements, and in some regions of the world, it is used as ancient antioxidant medicine.

Description of the flower:
The genus Rosa is formed by a very broad family of flowers and shrubs, which, as a rule, always consists of thorns and Rosaceae. They are known to have a thick and long stem that reaches up to six inches.

Cultural meaning:
The popularity of the rose is so great that it is among the best-selling flowers in the world, it represents a meaning of love and pure feelings, and it is also a symbol of female perseverance. It is used to make flower arrangements, but is also known for its cosmetic properties such as rose water and medicinal uses.

Description of the flower:
The tuberous begonia is a flower that stands out within the genus of begonias. It is distinguished by the fact that it is exported in flower arrangements because its flowers have a hairy and fleshy surface. They are large and reach about 8 cm. There are different colors of yellow, pink, white and orange. This flower can be grown most of the year, which makes it an export hit because of its ease of cultivation.

Cultural meaning:
According to some legends, begonias are a sign of deep friendship. So whoever gives away begonias swears loyalty to love.

Description of the flower:
This flower is characterized by the fact that it has a round shape and, in most cases, has a gradient between green and red, pink and yellow, white and red. Its flowers appear to be dancing as they are close together and directed upwards. They bloom most of the year and are great for outdoor decoration.

Cultural meaning:
They are beautiful little bushes full of flowers. They are also widely used in outdoor garden decorations and their meaning is innocence.

Description of the flower:
It is a small shrub, but it can grow to be about 5 meters high, its flowers are large and have about 5 petals. This species has a fantastic variety of colors between pink, red, yellow, orange, white. Although not native to Colombia, it is quite common and consumed in some areas. It is said that its taste is similar to that of spinach.

Cultural meaning:
This flower is widely used in cities for outdoor decoration, gazebo, and city beautification. It has also been used for medical treatments in the past. Nowadays, some people consume these flowers cooked or raw.

Description of the flower:
Geraniums are very hardy flowers and perfect for outdoor decoration. One of the most representative things about this flower is its sweet, floral aroma and vivid colors that vary between white and purple, red and orange with each bloom. The petals are fleshy and teardrop-shaped and are all of a uniform size that is almost perfect.

Cultural meaning:
Characteristic of the fact that they represent comfort and help overcome any difficulties a person goes through, geraniums are a symbol of resilience.

Description of the flower:
Carnations have unique petals because they are puckered and in a spiral shape. They give off a strong and peculiar smell, similar to honey. They display a wide variety of colors, among which pink, red, purple, and white stand out. The flowers are usually one color, but in some seasons these are born with two colors in their petals. Although cloves are not native to Colombia, the country is their largest exporter with more than 4000 hectares of cultivated land.

Cultural meaning:
Carnations are considered to be flirty flowers, full of pure love and innocence, they are very special to show love and commitment.

Description of the flower:
The tulip is one of the most sought-after flowers among people, which is due to its variety of colors and shapes. Its flowers consist of six petals, in the middle the shape is marked with a beautiful stem with seeds. Its shape is peculiar because it is bell-shaped and closed. Often given as a gift in bouquets, it is also ideal for planting in your own garden.

Cultural meaning:
Tulips are considered the flower of couples and have several meanings depending on their color. For example, in white, they stand for purity and extreme love, whereas when you see yellow tulips, they are associated with joy and friendship. 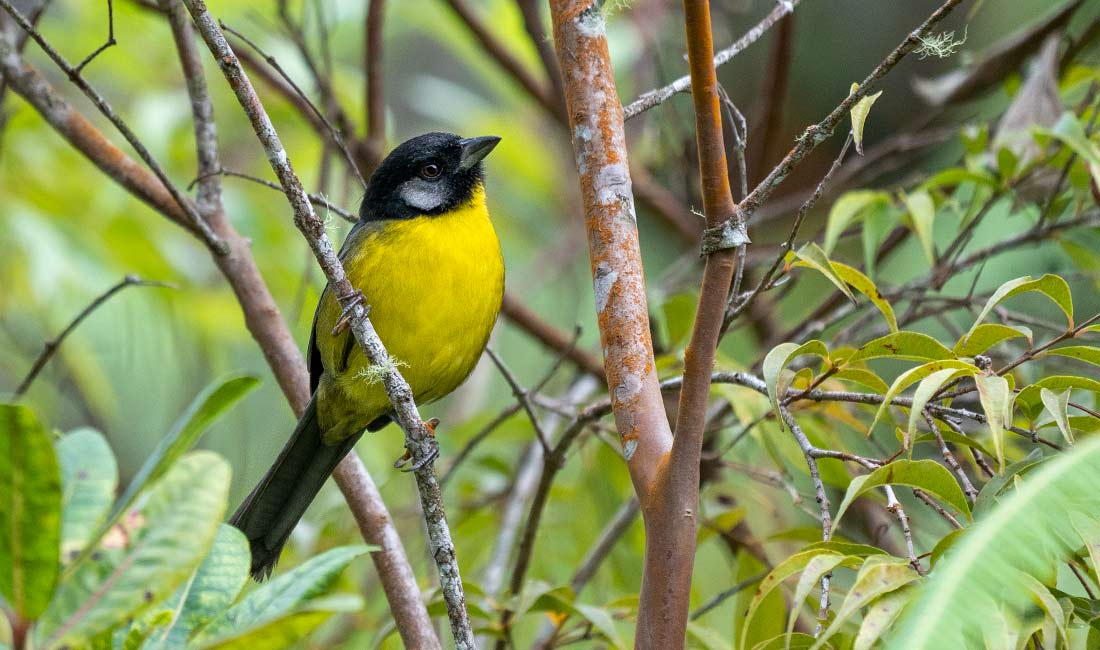 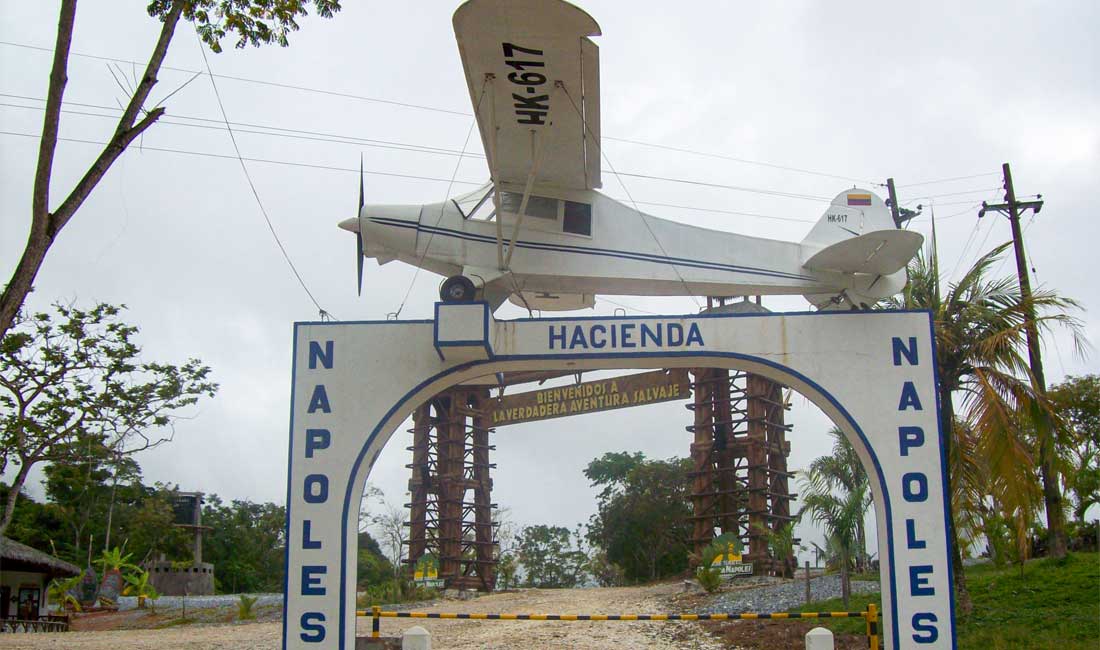