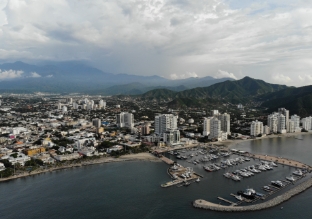 Founded in 1525, this is the oldest city in South América. Santa Marta has a privileged location on the shores of Santa Marta bay in the Caribbean Sea, right in the foothills of Sierra Nevada, whose thermic variations are between warm and dry and permanent snow.

Home of the millenarian Tayrona indigenous culture that lived there, nowadays it’s known as the Tayrona National Natural Park. The city is considered one of the most beautiful bays in Latin America for its jungle landscape full of mangroves, corals, beaches, virgin nature and reefs; a peaceful and spiritual place. This city is not only the holder of a unique architectural heritage, breath-taking panoramas and a huge cultural and colonial legacy, but also of a wide and particularly wealthy in flora and fauna. With an average annual temperature of 27°C, this region is home to an infinite variety of savage animals, among them the flock of birds and the pack of howling monkeys who welcome the visitor with a constant bustle; a magic that’s very hard to describe.

If you are looking for even more information we can recommend you to check out our Santa Marta Travel Guide. Anyway, as a Bogota based travel agency we will give you the best advise you will find about Colombia.

The international Simón Bolívar airport is 40 minutes away from Santa Marta’s historical centre.

Festivities and events in Santa Marta

The average temperature in Santa Marta is between 20°C and 35°C. The weather is mostly humid. In the Sierra Nevada de Santa Marta, the higher the altitude is, the more the temperature decreases.

The rainy season takes place between May and November, although it can rain occasionally. Keep this in mind when you pack your suitcase.

We recommend always drinking bottled water and avoid ice if you are not sure if it’s made with clean water.

Located in the world’s highest coastal mountain, this is one of the most important National Natural Parks in Colombia. The visitor can appreciate different ecosystems of outstanding beauty, wonderful beaches and the relaxing blue intense panorama, excellent for those who search a place to practice meditation and have some rest. One of the most beautiful beaches in the Park is Playa Cristal. There, the visitor can practice snorkelling to watch the colourful sea beds and the large variety of sea fishes.

The park has a broad offering of ecotourist activities that includes hiking, archaeological exploration, wildlife observation and diving. In addition, visitors can establish genuine contact with the customs of the indigenous communities that are directly descended from the Tayronas that inhabited the place.

This Quinta was founded in 1608 in memory of the Spanish martyr Pedro Godoy. This place is very interesting to approach the history of one of the most important characters in our country’s history: Simón Bolívar. It was here that the Liberator exhaled his last breath.

This aquarium has more than 200 species and around 2000 microorganisms. Visitors can interact with different sea animals in the two pools.

Ciudad Perdida was built in A.D. 800 by the “Tayronas”, who inhabited this territory long before the arrival of the Spanish conquerors. Ciudad Perdida is a former Indian village and actual archaeological site that was plundered by treasure hunters in the beginning, something which eventually helped its discovery and later protection by the state.

The Lost City Trek takes around four or six days and it demands walks of approximately six hours daily. Once the visitor arrives there, he can immerse himself in the Kogui and Wiwa’s customs, two of the actual inheritors of the “Tayrona” culture.

Minca is a town surrounded by coffee farms, forests, mountains, rivers, streams, waterfalls and wells, all which makes the town a perfect place to sit down and have some rest. In addition, visitors can watch the world’s largest hammock. 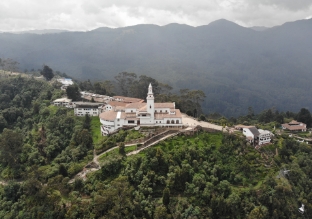 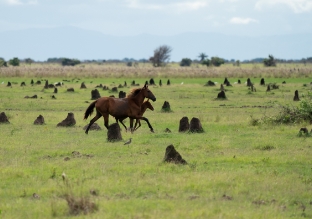 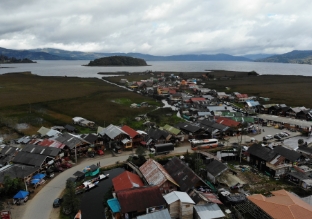